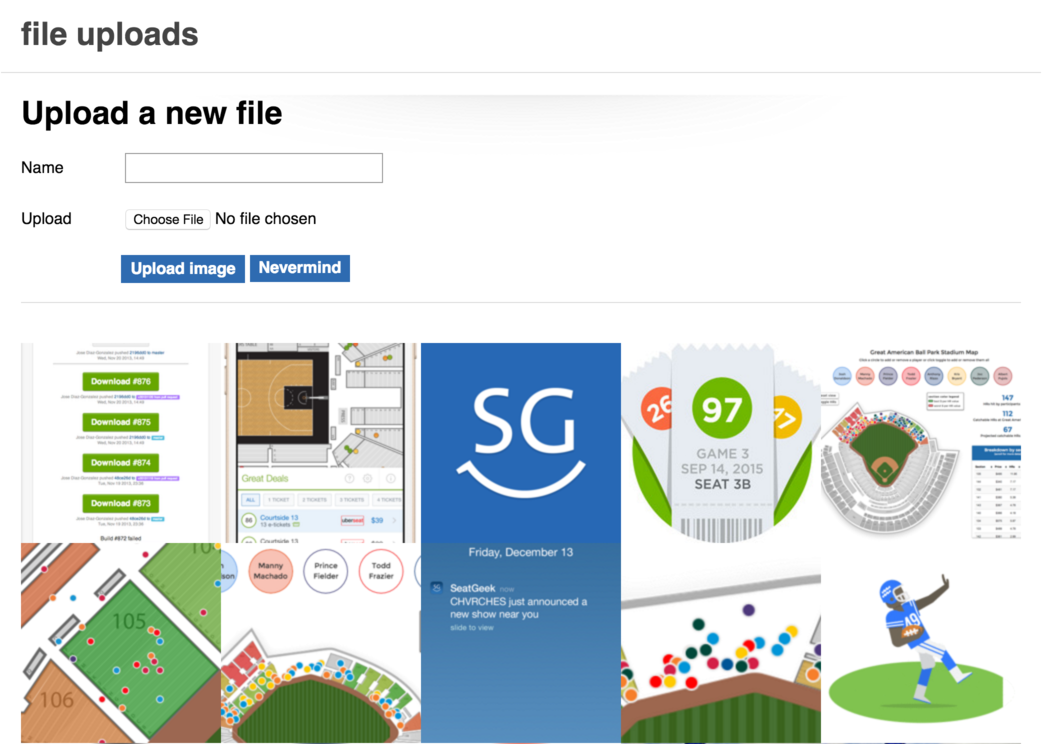 “I’ve got a lot of problems with you people”

A while back 1, I stole built a simple image upload tool for our marketing team. The reason I built this was simple; I wanted to stop the marketing team from uploading large file assets to the main repository 2, thereby bloating repository size. Plus they get their assets out as soon as they need them, instead of waiting for some silly dev to press the deploy button. It’s worked well enough, but has lately shown it’s age:

Let’s try and get past this

So I’m building this new app and decided I needed a good base:

Thankfully, we can use composer to customize our application skeleton. This will enable me to scaffold out my application more more quickly than I would be able to if I used the base cakephp/app composer project template.

Here is my first pass, josegonzalez/app. It’s based upon the original cakephp/app project template, with many of my requirements fulfilled. Ideally everything would be done now, but that won’t ever be the case:

Side note: I wrote way too many blog posts. Do you see the internal linkage up there? Incredible.

Now that I have a firm base for my application, I’ll need to start actually building the thing. I’m hoping there isn’t too much work, but these things tend to take forever, so we’ll see. Since I have a pretty small set of requirements, actually writing the code should be a straightforward process, but hopefully I can do this in a readable, re-usable way.

Is CakePHP confusing? What if you could master it? Learn how a CakePHP Core Dev writes apps!

This entry is part 1 of 3 in the series "Media Manager".